Peeking into the Past

I've been dabbling in some genealogical "research" - if I can call it that. The problem seems to be that the more I go into it, the less I know, or it seems that way, anyway. Of course, most of what I know comes from online sources. I know that I would probably have to travel to local historical societies to get more - or hire someone. Neither my or my husbands families saved or even had any documentation from their families except for on one side, a copy of a marriage certificate, and on the other, a birth certificate. On one side, traces of the family go back to mid-1700's America and even in one branch, back to Tudor England. On the other, I am stuck in the 1800's.The information I have is simply a few dates and names so I at least know they existed. In a few cases, I know their professions. How I would love to have a picture of them! A letter, an idea of where and how they lived and what they did. I have to face the fact I may never know - maybe just guess from other historical information of the times. When we read historical novels, there is so much description there that we feel we are there, too. It's remarkable that those authors are able to create this kind of world in fiction.
I would say, if you have any really old people in  your family, ask them about what it was like when they were young, and what they know about your family members. Somebody might want to know, someday. Especially about specific people. My mother talked a lot in general about her relatives in the past but after she was gone I realized that maybe I should have tried more to pin down some of her remarks because when later I tried to research these people, I then found I didn't have anything concrete to start with. One of her most frustrating remarks was that her grandmother "went by the name of Smith" . But apparently she was from a family with a very different name. Why didn't I question that? I suppose I just wasn't interested at the time. She talked a lot about this part of the family - Hugenots - but later I realized it was all in general terms, nothing a researcher could get their teeth into. At least this researcher. I'm sure she knew more, if I had asked the right questions. 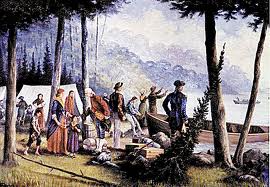 But the history of families, in general, makes good fodder for stories. Even if it is not a historical novel, the past still casts long shadows over us. We just don't always know it.
Posted by Shirley E. Watson at 5:41 AM